Many local papers have reviewed Big Bad Bertha, thenew Disciples of Ursula album, and all have good things to say.

The Mirror gave the album a 7.5/10, and calls the band tailor-made for Jazz fest stages, which is ironic, because the Jazz Fest rejected the band’s application to play two years ago. The Mirror says the album “doesn’t just showcase their facility with brash swing, torchy lounge jams, Latin heat and snappy, uptempo ska, it also displays their collective knack for catchy melodies, vivid arrangements and carefully calibrated energy.”

Ici says more or less the same thing, and gives the album four out of five dots. So did la Presse and Voir. We haven’t seen Hour yet.

CD Baby has copies of the first album for sale. You can listen to two-minute snippets of each song there, too. (That’s Child Three on the cover.) The site, and the iTunes Music Store, will soon have the second album.

There’s a group of hobbyists developing a simulation of the Israeli War of Independence for Microsoft’s Combat Flight Sim 2. I’ve been helping them out with colours and airfields. 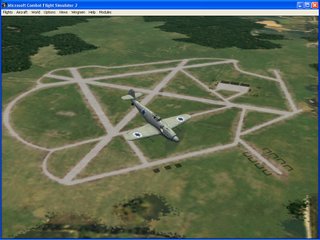