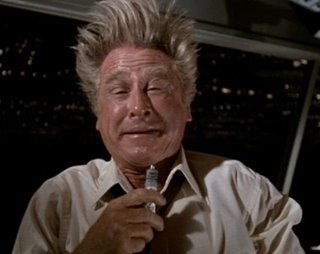 Even though I had it marked on my calendar, I missed my court date on Friday afternoon. I fell asleep. I chose the wrong week to stop sniffing glue – er, the wrong month to stop drinking coffee.

And I was going to get out of that parking ticket, too….

Day One recaffeinated: no sluggish afternoon.

Now, if I could only deal so easily with the neighbour who choose 8:00 to 10:00 a.m. as the time to rev up the woodchipper and get through the two hours of chipping he had to do today.

This went less well: the worst Web site I’ve ever seen. Even if everything worked the way it was supposed to, it would still be crap.

About three weeks ago, I gave up caffeine, mostly. Really what I gave up was regular coffee. I still down Coke Zero, about one a day.

I’d drink a cup of coffee a day, sometimes two or three if I I iced it or I’m teaching. I need something to lubricate my throat when I teach or I go hoarse after 15 minutes and coffee with cream does the trick better than something purely water-based, and it’s sugar-free, which is important because my body turns carbohydrates into blood triglycerides and that’s not healthy.

The caffeine never seemed to have much effect on me. I never needed a coffee in the morning to get going. I mostly drink coffee for the taste and as often as not, it’s in the afternoon. Juices are out because of sugar content and I get tired of diet soft drinks. I do drink a lot of tea as well. My metabolism handles caffeine, I suppose, like it handles opiates, which also don’t have much effect on me. I can take enough painkillers during a migraine to knock out a mule, but all they do is make me chatty and make the inside of my nose itch.

Why then did I give up caffeine? While the presence of caffeine didn’t seem to propel me, when I did miss the fix because I was too lazy to try to learn how to make a decent pot (Elvi is the coffee master at home) and too involved in work to take a break to go get some at a cafe, I would get a caffeine headache. I can always tell it’s a caffeine headache by its location on the occipital region of my head (low back of the head). I was getting tired of the headaches, which seemed to be coming more and more often.

I’ve stopped drinking regular coffee about once a year over the last few years and after a few days reliance on ibuprofen, I’ve shaken the habit easily. These last few weeks, however, have been terrible.

I’ve been feeling like crap. I’ve been going to bed at a reasonable hour – midnight or so – and waking up after seven and a half to eight hours of sleep. I’d still be tired, though, and in a bit of a daze and come 2:00 or 3:00 p.m., I’d go lie down and sleep for three or more hours. It’s ridiculous how much time I’ve spent asleep.

Now, I have nothing but a hunch to show that this is due to a lack of coffee. I have not gone completely caffeine free, because I still drink the Coke Zero, but maybe that can a day is just enough caffeine to keep my physiology craving the amount I used to feed it. Maybe it has something to do with my allergy to whatever sort of grass pollenates in June, although I only take non-drowsy allergy pills and then only about three days a week.

Regardless, it has to stop. Between meetings at the kids’ schools, teaching, faculty meetings, and four evenings filled with sports, I just haven’t been able to write more than one slug line in two weeks. It’s amazing how your time disappears when you sleep 13 hours a day.

I’m going to head downstairs and make myself a tall glass of iced coffee. Wish me luck.