It’s been more than two months since I wrote here and, judging by all the fan mail and comments, none of you care.

I haven’t written because nothing exciting has happened. I’ve shared a few small things to Facebook, but I like to keep anything original on the blog. There’s been nothing original.

That’s not entirely true. There’s just been nothing I had much to say about. The big story since I last wrote a blog post is the demise of Crash. It got to the point where he was moaning nearly every waking moment and we decided it was time to put him down.

Here’s audio of his moaning. Children Two and Three are not clapping with glee at his suffering. Their glee is unrelated to the dog completely.

We said goodbye on Nov. 23, which I realized later was the one-year anniversary in the Hebrew calendar of my father’s death, 9 Kislev. Not a good day for shaggy white males, I suppose.

I’ve been extraordinarily exhausted since then, also unrelated to the dog completely. I’ve been sleeping ten to 14 hours a day. That’s not hanging out in bed, but actually asleep. I think I’ve figured it out. I hadn’t been using my CPAP machine, which meant I wasn’t getting any deep and restful sleep. I’ve started using the machine again and I’m getting back to normal.

Why wasn’t I using it? I like to snuggle Elvi in bed and that’s hard to do with 15 PSI of wind blowing on her. The CPAP machine also gave me a nightmare once, which led to a series of weird dreams during which I yelled in my sleep. My exclamations?

Child Two heard me “booyah” and asked if I was OK. Apparently, I replied, “Can’t a dad booyah in his sleep without being questioned?”

So I’m back on the CPAP and I think I’m recovering. That I’m writing this is evidence.

What can I say? 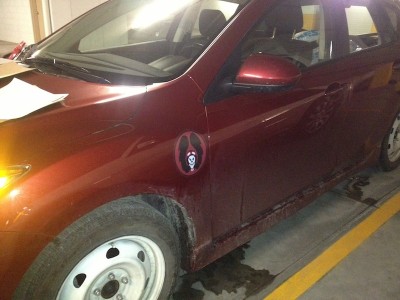 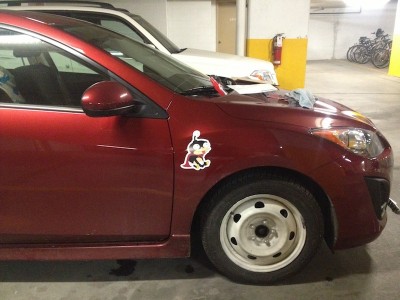