This will eventually be a list of all the 101 pilots and others involved with the squadron, with each name linked to a page or list of links about that pilot. I will consider the unit to have formed up on May 21, 1948, the date on which the first Avia S-199 arrived in Israel. Although not officially named the 101 Squadron until later, the unit first took part in operations on May 29.

To start with, here's an alphabetical list, of the following format: Name; nationality; date of arrival in Israel; fate; comments. Dates are 1948 unless otherwise noted.

Click the airplane icon to go to each individual's page.

Alf Freeman; USA; June 29; left for home at the end of July

George Lichter; USA; based in Czechoslovakia as a trainer; went home in 1951

Milton Rubenfeld; USA; in Israel in early 1948 with Sherut Avir; went home in June due to injuries

Pilots who would have flown in the 101, but who were prevented by injury or death:

Ferry pilots, engineers, cadets and others that interacted with 101 during the war: 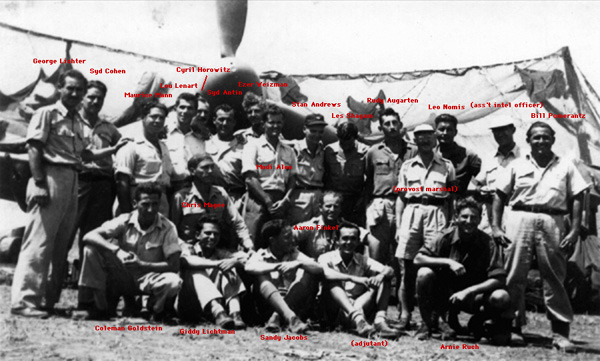